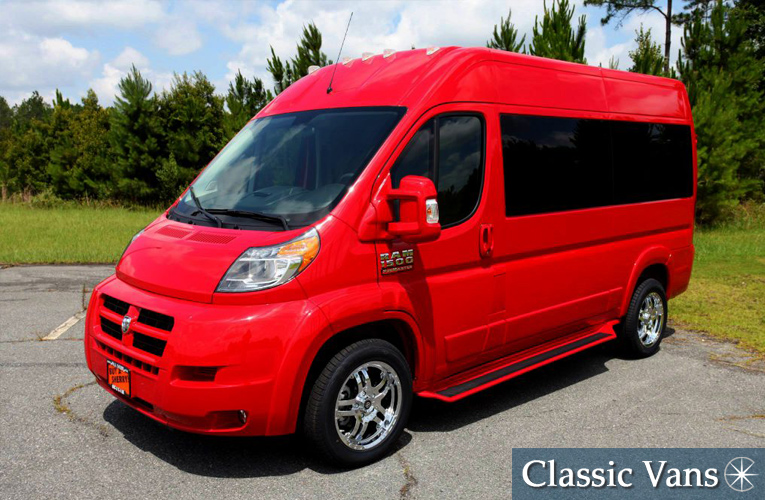 Exploring the one-of-a-kind history, features and capabilities of the Ram ProMaster

While not quite as popular as the Mercedes Sprinter and Ford Transit among camper van and RV enthusiasts, the Ram ProMaster is often the conversion van of choice for hard-working business owners in need of reliable transportation and flexibility to carry an assortment of tools, inventory and bulky repair equipment.

On that, the ProMaster delivers as it is a highly configurable van with a variety of factory options that can fit almost anyone’s needs.

Are the Ram ProMaster and Fiat Ducato vans the same?

Most of us around North America know of the Ram ProMaster, but few know about its lesser-known companion van—the Fiat Ducato. The Ducato remains very popular in Europe. Both vans share the same underpinnings and many body panels. The Ducato is also rebranded for sale in Europe as the Opel-Vauxhall Movano.

The Fiat Ducato is built at several factories across Europe, Brazil and Turkey. A plant in Mexico also produces the full-size van, as does a Fiat factory in Russia. The Ducato is the most popular starting point platform for motorhomes sold in Europe.

Fun fact: Most recently, FCA of Italy released an all-electric version of the Ducato.

Where is the Ram ProMaster built?

While most Ram pickup trucks and such are manufactured at the Warren Truck Assembly in Michigan, the ProMaster van is built alongside many of its truck siblings at the Saltillo Truck Assembly plant in Saltillo, Mexico. This plant also makes a variety of Ram pickups in the 1500, 2500, 3500, 4500 and 5500 spec for global markets.

Ram manufactures a slightly smaller van built on a minivan chassis, called the ProMaster City, at Chrysler’s Tofas plant in Bursa, Turkey. That van is sold in Europe and imported to North America.

Brief history of the Ram ProMaster

The Ram ProMaster was first sold to the general public in North America (the United States and Canada) beginning in 2014. Although ProMaster is a relative newcomer compared to other popular American conversion van models, the lineage of the van (and its maker) goes back decades.

The company that would eventually become Dodge Ram was called Fargo Trucks in the 1970s. These early vans and trucks were built for customers outside the U.S. Work on the joint Fiat Ducato/Ram ProMaster cargo van began after Ram was spun off from Dodge and Chrysler, when Chrysler acquired Italian automaker Fiat in 2010.

A version of the ProMaster, which at this time was a rebranded Mercedes-Benz Sprinter, was sold in the United States prior to the 2014 version, beginning around 2003 and running until 2009.

Let’s take a deeper dive into the most popular specs and features of the Ram ProMaster van:

The Ram ProMaster comes from the factory in several body configurations.

The standard configuration is the cargo van, commonly used for delivery services, broadcast companies and sometimes even ambulance companies. All lengths and heights can be optioned.

A second configuration is the window van/glazed van, which allows purchasers to install seats either at the factory or aftermarket. This version is often used for personal use or as a minibus. This configuration is also the version law enforcement often buys to transport officers and inmates. A window van variant can be purchased with a high roof, built on either the 2500 or 3500 chassis.

Yet another configuration of the ProMaster is the chassis cab, where the back of the van past the driver’s seat is left unbuilt to be used as a flatbed truck or a box van. Box vans are popular for use as a delivery van, street vending rig or ambulance. The cut-away configuration is most commonly used as the starting point for DIY conversion van construction and even small school buses.

In North America, the ProMaster is offered with a single motor for all variations of the platform. That motor is the 3.6L Pentastar V6 gasoline engine, with variable valve timing (VVT) to help improve fuel economy. This motor puts out 280 horsepower and 260 ft. lb. torque, and it’s paired with a Chrysler-sourced 6-speed automatic.

Some diesel enthusiasts were saddened that the ProMaster stopped being sold with the 3.0L EcoDiesel 4-cylinder motor, which offered lots of torque and good fuel economy (for a van). ProMasters with the EcoDiesel were only sold in North America from 2014 through 2016. Max towing with the V6 is 6,700 lbs and the van’s max payload is 3,763 lbs.

All ProMasters come from the factory with:

As of the 2021 model year, all Ram ProMasters also feature an optional 9.2-inch digital rearview mirror with an integrated camera. Other safety features include blind-spot monitoring with forward collision warning system and rear cross-path detection. There is also an emergency brake assist and LED interior lighting.

Is the Ram ProMaster right for you?

While the Ram ProMaster is sometimes chosen by individuals who want to build out their own DIY campervan, you can also find these vans being used by professional conversion van manufacturers.  Winnebago, for example, uses the platform to build their Solis® Class B RV, which can be optioned with a roof pop tent like Volkswagen’s Westfalia of years past.

Winnebago also makes a kind of “entry-level” campervan out of the ProMaster platform called the Solis Pocket, which was recently awarded a “Best in Class” badge for 2021 by ScenicPathways.com.

No matter what brand or model of conversion van you’re considering for your next purchase, let Classic Vans be your one-stop shop! We’ve been in the van business for over 30 years and have helped thousands of individuals, families and small businesses find the new or used custom van that fits their needs.

If you’re interested in taking a Ram ProMaster, Mercedes Sprinter, Chevrolet Express/GMC Savanah or Ford Transit for a test drive, give our knowledgeable staff of sales professionals a call to schedule an appointment. 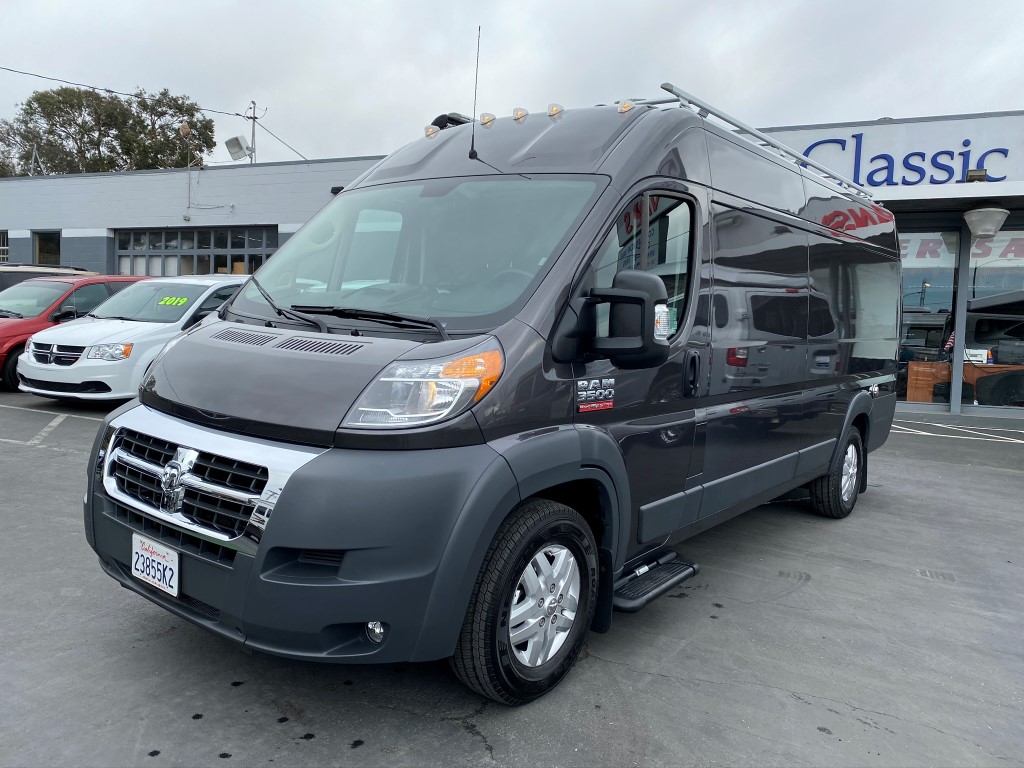 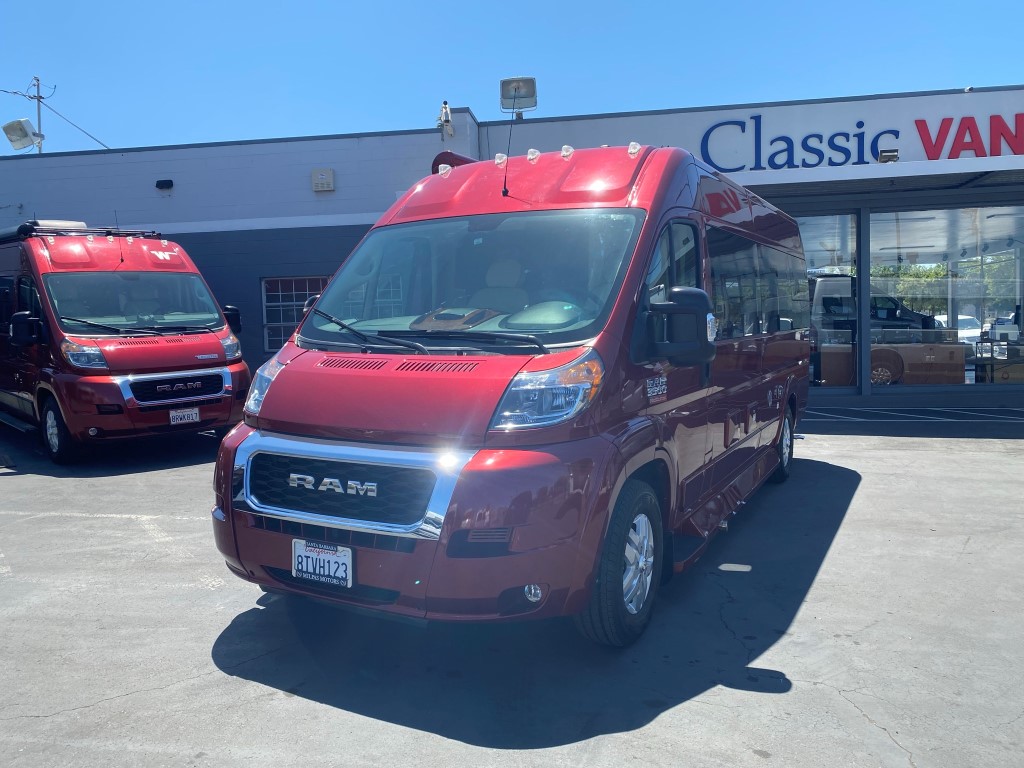 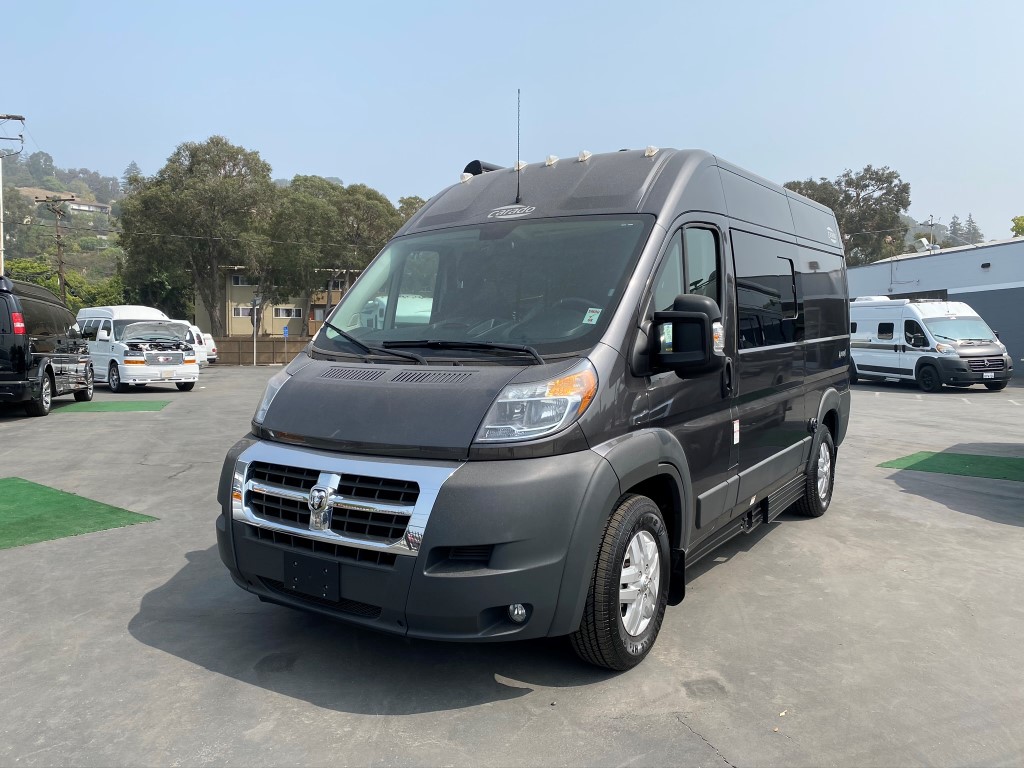 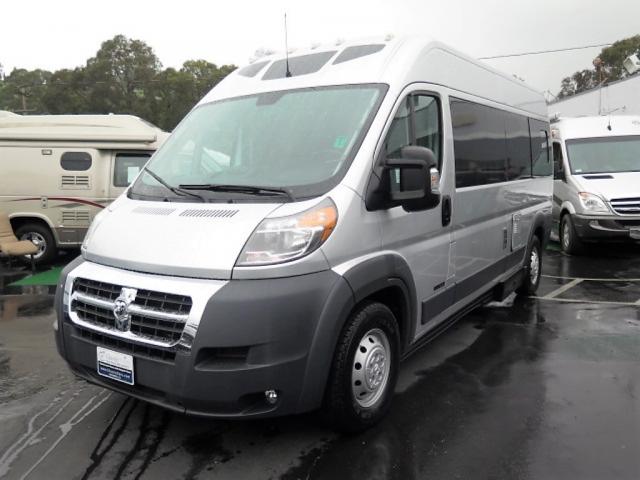 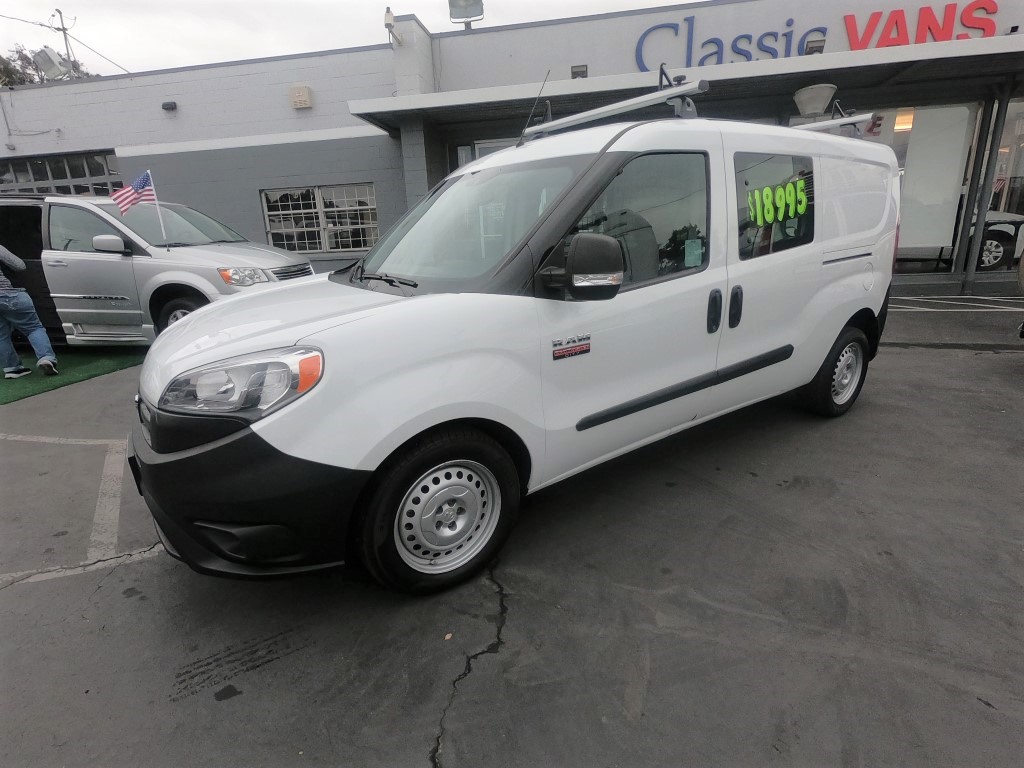