Learn all about the Chevrolet Express and GMC Savana, two of America’s most popular and longest-running full-size conversion vans

Generations of Americans have grown up seeing, riding and camping in a Chevrolet Express or GMC Savana—2 of General Motors’ longest-running van platforms. Not a day goes by that Americans from coast to coast see a few of these venerable vans during their commute.

The twin vans win a good deal of market share each year and compete with other popular conversion vans like the Ram ProMaster, Ford Transit and Mercedes-Benz Sprinter.

History of the GMC Savana/Chevy Express

Ancestor of the Savana/Express conversion van

Before the 1960s, General Motors didn’t offer vans as we know them today. Most vehicles that were considered a “van” were “panel vans” built on a shortened Suburban frame with just 2 doors in the front, and two vertical opening doors in the rear.

General Motors’ history with the van concept as we know it today stretches back to the early 1960s. Before launching the Chevrolet Van and GMC Vandura, GM’s first dabble in “vanlife” came in the form of the Corvair Greenbrier. Introduced in 1961, the Greenbrier was a van and pickup truck-style vehicle with the Corvair horizontally opposed (boxer) engine in the rear. This van was similar to and competed for sales with the Volkswagen Transporter.

The forerunner to the Express and Savanna was the Chevrolet Van, also known as the G-series and GMC Vandura, which was built from 1964 to 1995. During its production run spanning 3 generations, the model was sold to the public under a variety of names and shared frame and powertrain components with the C/K pickup truck of the time.

During the 30 years they were produced, the G-series vans were available in passenger and cargo configurations, as well as a cutaway van chassis that offered a variety of customizable options. Millions of vans were built and sold to business owners, the government and the general public.

By the 1980s, full-size conversion vans were still hot, but the introduction of the minivan started to eat away at their production and sales numbers. One way to keep the van popular was to run product placements. That’s where a customized GMC Vandura became a huge hit in the 1980s television show “The A-Team.” You may remember Mr. T driving that sleek black and grey van with red highlights van in dozens of episodes.

General Motors developed and showcased an electric van concept vehicle called the Electrovan in 1966. The concept utilized a Union Carbide-built cryogenic fuel cell, which powered a 115 hp electric motor. However, it was never offered for sale due to cost and safety issues.

In 1996, General Motors decided to re-engineer an all-new van line. The result was the Chevrolet Express and GMC Savana. The 1996 van model was the first all-new design for GM’s full-size van since 1971. The twin vans have changed so little during their 25-year production history that they officially count as one of the longest-produced automotive designs in North American auto history.

The van platform, internally called the GMT600 (and GMT610 for 2003 models onwards), has been used as a passenger and commercial vehicle, cargo van, bus, ambulance and even small box trucks. It was developed specifically for full-size vans and the frame has boxed forward frame rails and a full-length ladder-style frame. Since entering into production in 1995 (as a 1996 model), the Express and Savana have been built at the General Motors Wentzville Assembly plant in Missouri. In 2017, another production line was set up through Navistar International at its Springfield, Ohio assembly plant.

The Express and Savanna are available in 3 different platforms, each with more capability: 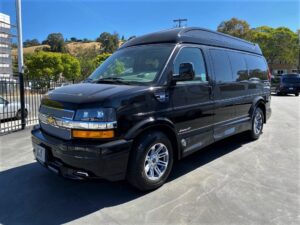 Each platform offers a more robust frame structure, a variety of engine and transmission options, and varying tow and payload capabilities. In cargo van form, the Express is available as a 2-passenger vehicle (with 1 of those seats being factory-deletable). In passenger van form, an Express can carry 5, 8, 12 or 15 passengers.

The Express and Savana have at one time or another featured almost every large 6-cylinder and 8-cylinder motor GM has built since 1996, gas and diesel variants. According to some estimates, there are no fewer than 20 engine options and 6 transmission options.

For those thinking about towing with their Express or equally-spec’d Savana, tow ratings are up to 7,400 lbs for the V6 motor, 7,000 lbs with the diesel and 10,000 lbs when using the V8 engine.

Pricing for the Chevy Express 2500 cargo van starts at just under $34,000, while the passenger van version starts at $36,000. Both vans have destination fees that amount to another $1,200. In the last 10 years, Chevrolet and GMC have sold between 70,000 and 100,000 vans annually, with roughly two-thirds being the Chevy model vs. the GMC version.

Is a Savana & Express conversion van right for you?

One of the best things about the Express and Savana vans is how extensively upgraded and customized to fit your needs. The number of third-party upgrades possible is quite extensive, and can be done in-factory or by a conversion van company. Factory upgrades include cruise control, chrome appearance package, driver convenience package and optional larger 6-liter V8.

If you are in the market for a new or used Chevrolet Express or GMC Savana, let Classic Vans be your one-stop-shop for these popular and well-established conversion vans. We’ve been selling these vans for the better part of 3 decades. Our wide selection of these iconic workhorse vans is regularly being updated and rotating. So even if you don’t see one that’s right for you in our inventory today, come back and visit again soon or give us a call—we may have just what you’re looking for! 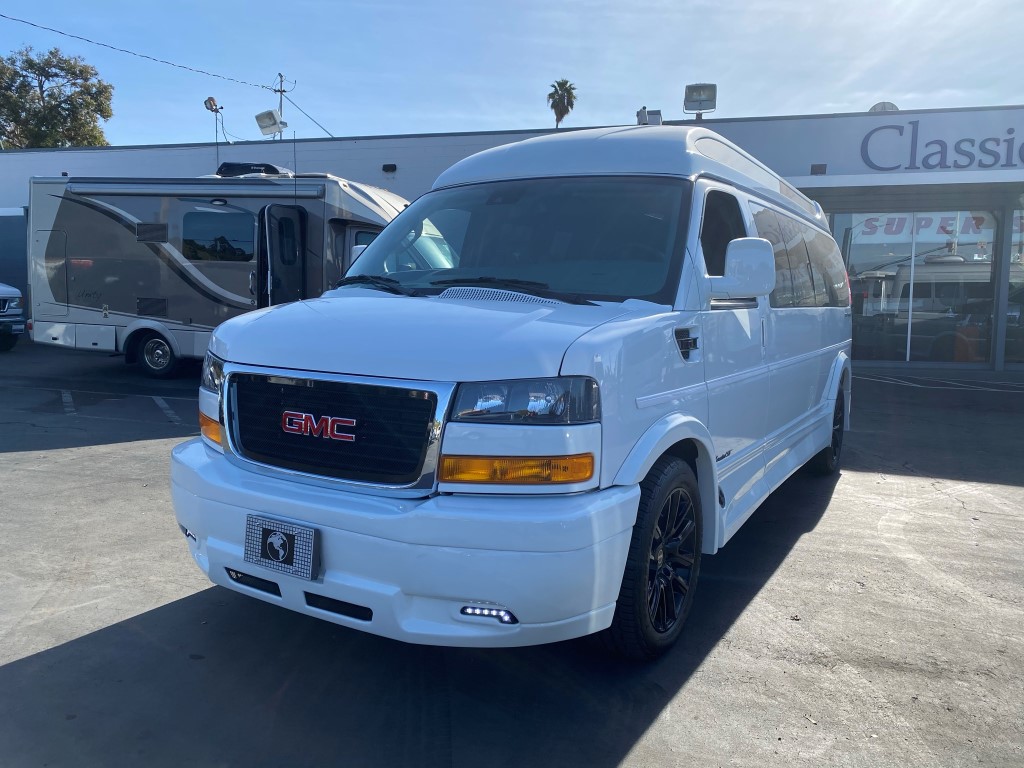 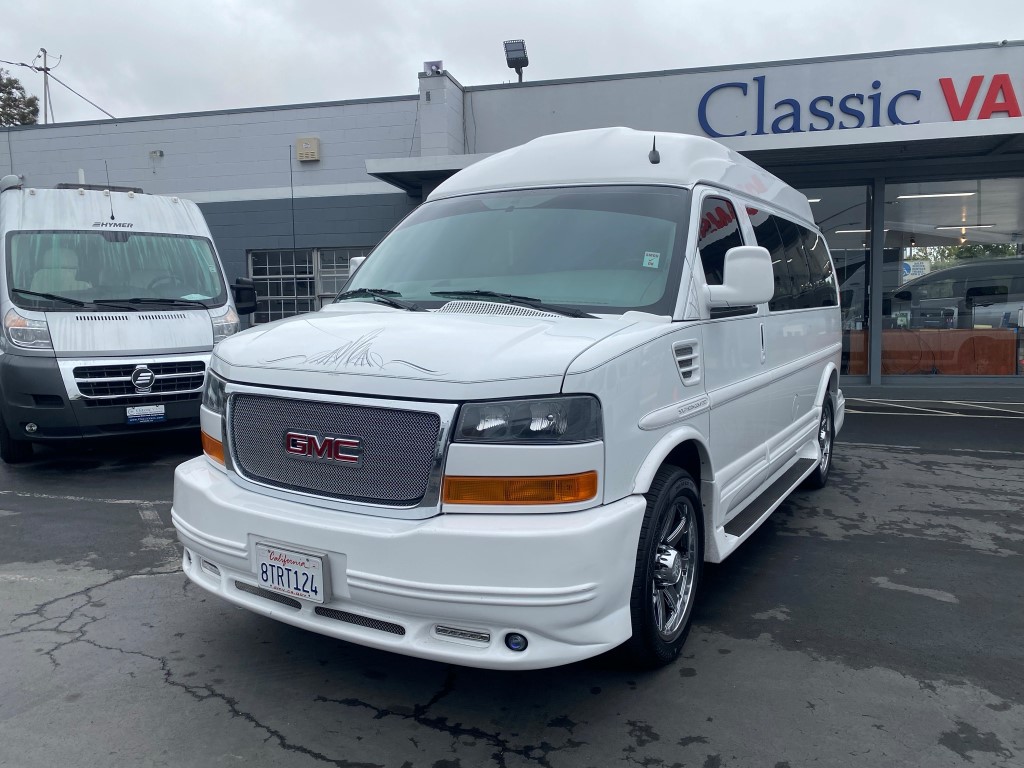 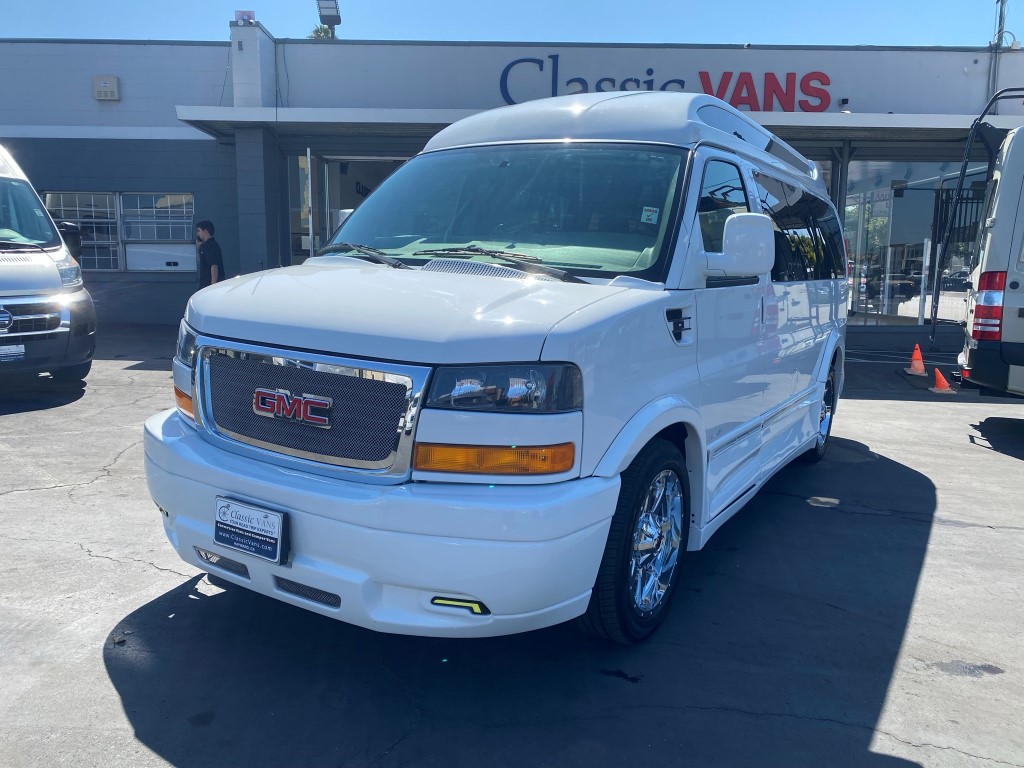 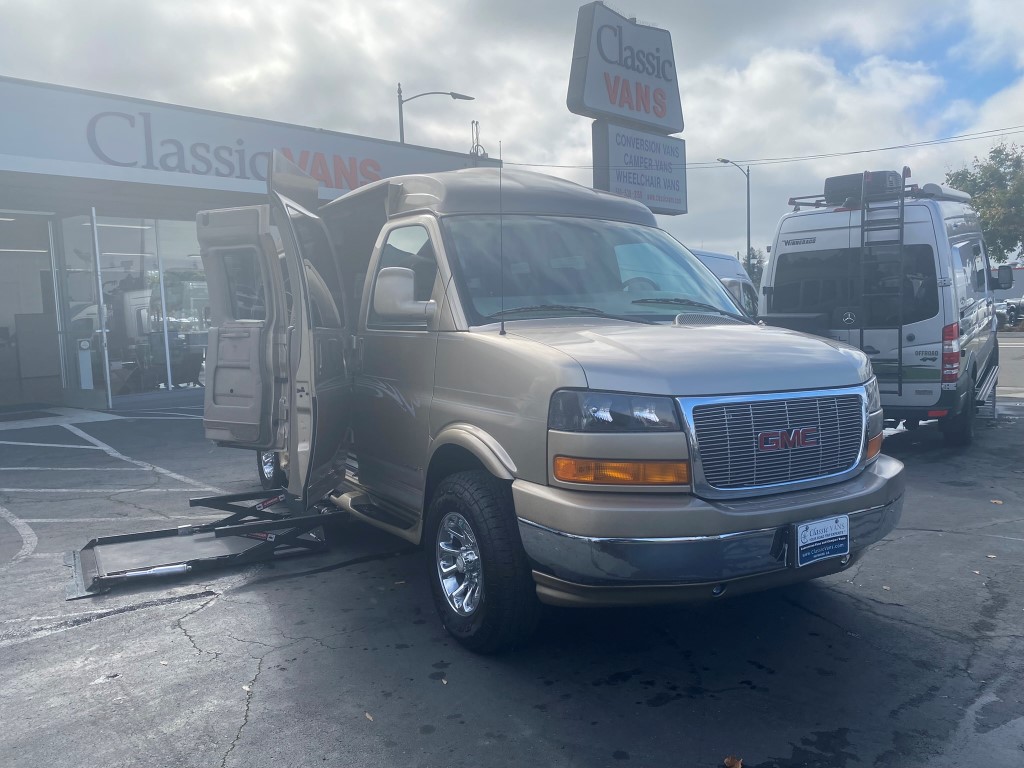 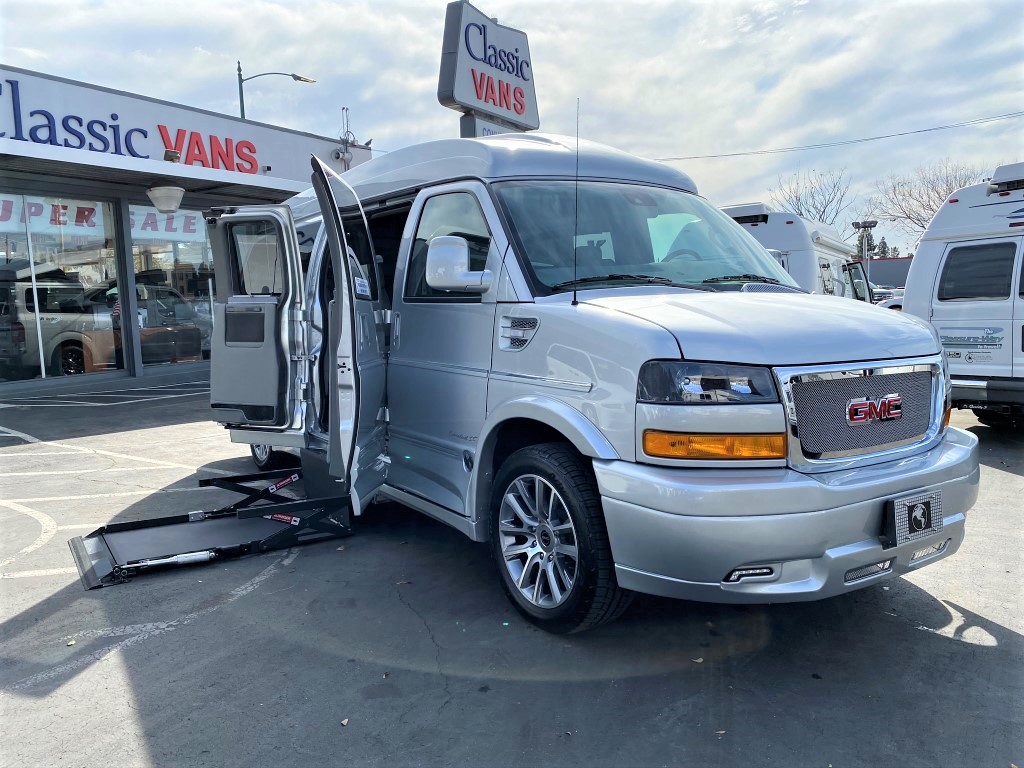 “I’ve had the pleasure of working with ClassicVans. The dealership and the owners and employees are personable and professional. When dealing with them you know you are working with individuals of integrity and honesty…something I search for in my dealings. Excellent inventory, knowledgeable people and fair and honest pricing abounds here! You would be well served to shop here and buy from Classic Vans.”